Team partypoker’s Ludovic Geilich became a WPTWOC Event winner on September 13 when he triumphed in the WPT Mix-Max Turbo PKO. Victory in a $2,100 buy-in event is never easy, but wait and see who Geilich had to lock horns with in the tournament.

The six-handed final table could have gone either way but it was our hero who shone brightest and emerged as a worthy champion.

Hungarian duo Tamas Adamszki and Jozsef Liszkovics were the first casualties of the final table. Adamszki would later win the WPT Superstack: $200K Gtd for $40,130.

Canadian star Allan Berger ran out of steam in fourth-place before Artur Martirosian put his second bullet to good use and claimed a combined prize worth $22,586 after his third-place exit.

Martirosian’s demise left Daniel Rezaei and Geilich heads-up. Both players secured almost $21,000 from the main prize pool but there was the not so small matter of a massive bounty payment up for grabs. Geilich got his hands on that when he busted his final foe, meaning everyone’s favourite Scotsman walked away with $44,591 and Rezaei was left to bank $24,762. 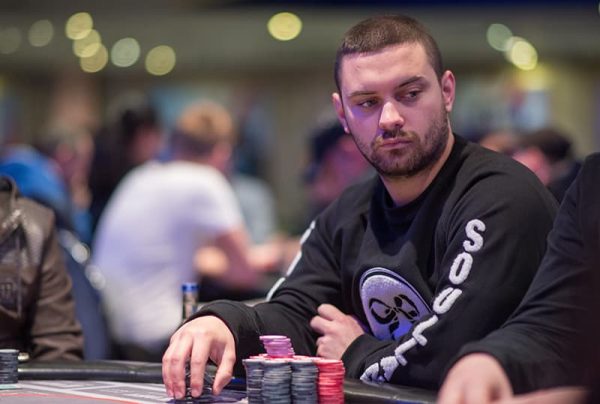 Some 489 players bought into the WPT 8-Max Weekender: $500K Gtd PKO for $1,050 and it was Phil Mighall of the United Kingdom who got his hands on the lion’s share of the prize pool.

The eight-handed final table was as stacked as it could be. The waters grew less shark-infested after the eliminations of Ilya Anatski and Scott Margereson early on. Roman Pessoa and Vojtech Skalak followed suit to leave only four players in contention for the title.

Four-time WSOP bracelet winner Dominik Nitsche crashed out in fourth but not before locking up $27,483. Adrian Mateos, a regular on the partypoker LIVE circuit, finished in third for $34,450 to leave Mighall and fellow Brit Ian Bradley heads-up.

There was no deal struck which meant Mighall scooped up a combined prize weighing in at $78,294. Bradley can be proud of his second-place finish in such a star-studded tournament; it netted him $50,337.

There have been some big winners over the past couple of days and the list below shows just a handful of those partypoker players who have padded their bankrolls with chunky payouts.

Ready to join the party?

If you’re ready to jump into the action, then click here to download partypoker and get started!

If you already have an account with us, click here to open partypoker and hit the tables!