The 2020 KO Series has got off to a flying start with almost $2.8 million paid out across the first 29 events. Players have helped themselves to massive scores and some Team partypoker players have been fast out of the blocks.

It looked like we were getting a 2020 KO Series champion with the famous orange diamond next to their alias. This is because Patrick “Patrick_Leonard” Leonard reached the final table. Unfortunately for Leonard, his impressive run ended in a fifth-place finish. A cool $9,432 was Leonard reward, a princely sum boosted by $8,596 worth of bounties.

A special mention goes to “PayAndPlay” who finished in third for a total of $25,656. PayAndPlay is a phenomenal player who hits final tables seemingly at will. “BuddyRW” and “Tree91” were the only players who outlasted PayAndPlay. The latter emerged victorious and banked $25,953 plus $35,650 from the bounty prize pool.

We had another Team partypoker member at the final table of the KO Series #03-H: $300K Gtd 8-Max. Team Online’s Hristivoje “All_In_PAV” Pavlovic was going great guns and reached his first 2020 KO Series final table. His appearance there was cut short when he busted in seventh-place. Pavlovic padded his bankroll with a prize weighing in at $6,006.

The final table was another star-studded affair, showing the lure of the 2020 KO Series. “Z-ENERGIES_” ran out of steam in sixth-place with “eGGplant” falling in third.

“Who I am” and “funkyfive” battled it out heads-up for the title and now massive final bounty payment. It was the latter who secured that, $33,453 to be exact, plus $24,548 for their victory. 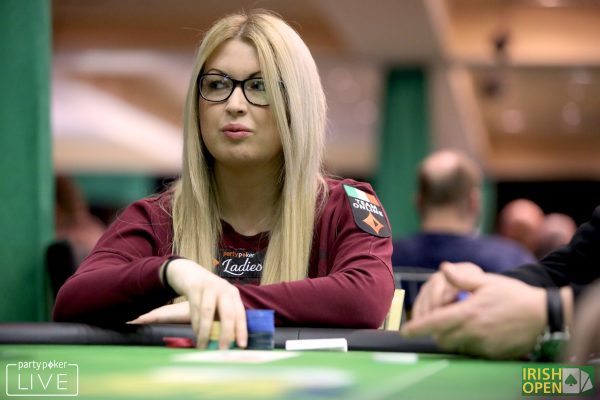 Butler put her $55 to good use as it returned $2,675 when she finally busted in fifth-place. It was a profitable night for Butler who also finished fifth in the $15K Gtd Daily Grind for $1,028.

Shoutout to the eventual champion “papainoel” who almost banked a five-figure prize. $5,446 was awarded for their first-place finish plus an additional $4,458 bounty payment for a total prize worth $9,904. A superb return on such a small buy-in showing everyone can win big at partypoker.

Leonard second final table completes our round-up of the best 2020 KO Series action so far. He bought into the KO Series #10-HR: $75K Gtd PKO Battle Fast on February 3rd with 74-others.

The likes of “ChimneyBarrel”, “Blackk88” and the incredible PayAndPlay all busted, the latter in third-place. This left Leonard and “WhaledShark” to fight one-on-one for the title and the top prize.

Satellites for the higher buy-in 2020 KO Series events start from only $2.20, although you can win your way into these for only $0.55! Special edition SPINS are also an option if you prefer that route.

Ready to join the party?

If you’re ready to jump into the action, then click here to download partypoker and get started!

If you already have an account with us, click here to open partypoker and hit the tables!