Jonathan Jaffe is only 17 players away from taking down his first World Poker Tour title as he leads the 2014 partypoker WPT Montreal Main Event going into Day 4. Jaffe is a formidable poker player, one who has amassed more than $1.5 million for live tournaments during his career so far, a large percentage of which came from his runner-up finish in the 2008 WPT World Poker Finals in Mashantucket that netted him $670,636.

While winning more than $650,000 from a single tournament is something most poker players can only dream of, being a professional poker player Jaffe would have no doubt being bitterly disappointed not to have beaten Jonathan Little heads-up that day, but now he has the chance to make amends.

It’s not going to be easy for Massachusetts born Jaffe because among the final 18 players in this event are some extremely talented individuals who are sure to push Jaffe all the way until the final hand is played. Ratharam Sivagnanam is hot on Jaffe’s heels with 2,380,000 chips, while the high stakes cash guru Marc-Andre Ladouceur is right behind him with a healthy stack of 2,066,000. Scroll your eyes to fifth place on the leader board and you will find the name of the reigning WPT Player of the Year Mukul Pahuja who will be pulling out all of the stops to take down this event, doing so would fulfil a lifelong dream for him. 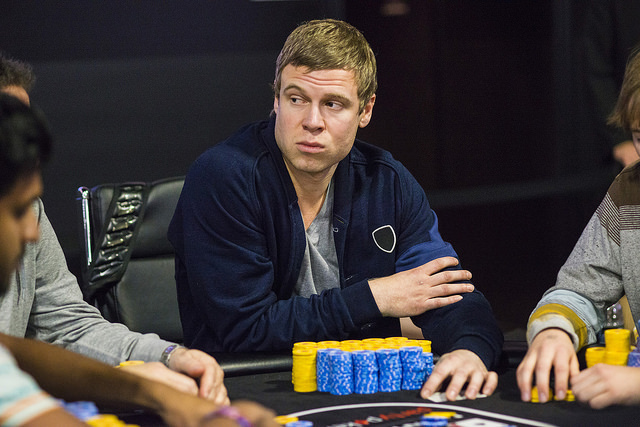 Sam Chartier is still in the hunt for the title

Lower down the chip counts, but still very much in contention, are the likes of Sam Chartier (863,000), Maurice Hawkins (614,000), and Kevin MacPhee (554,000), who are one double-up away from soaring towards the top of the counts and all three of those men are more than capable of pulling something magical out of the bag. 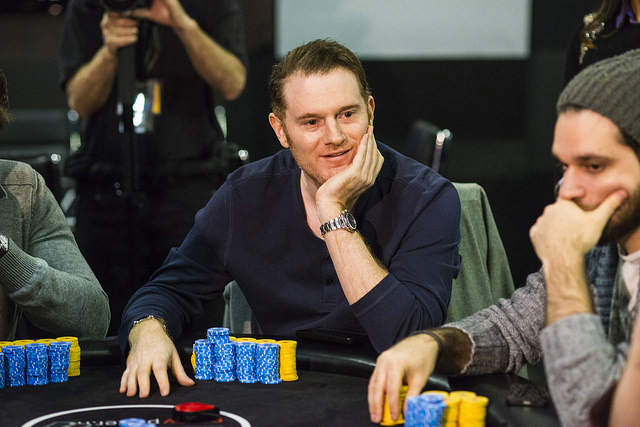 Play resumes at 12:00 ET and continues until the six-handed final table is reached and what a final table that could turn out to be!

Has reading all about the 2014 partypoker WPT UK Main Event made you wish it were you who was competing for life-changing money in a World Poker Tour event? If so, you may want to check out the satellite tournaments feeding into the WPT Fallsview in Canada, which are currently in the partypoker lobby where you can win WPT Fallsview package for as little as a $5 outlay, can you imagine how awesome that would be?

We will be at WPT Fallsview, will you?

Keep up to date with the all things partypoker!